Our family caring for your family 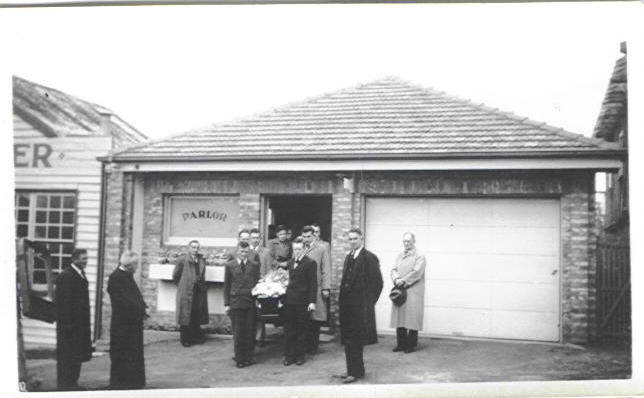 As a sixth generation of his family born in Central Victoria, Peter Thompson takes great pride in the history of the Thompson Family Funeral Directors.

This year celebrates 66 years of care and service to the people of Central Victoria.

Being locally owned, operated and Independent to the larger firms, Peter knows that this is an important thing to maintain in this day and age. There are very few family owned and operated Funeral Directors left in Victoria with such history.

John Thomson first started in Funeral directing at the end of the 1st World War after his return from active service in 1918 when he took employment with T. Odgers & Co as a then, Cabinet Maker and Undertaker. John found that Central Victoria had a need for new and modern ideas and opened his own Funeral Parlor in 1950. John and his wife Annie, continued their business until 1967 when retirement was due when Edwin and Patsy Thompson took over the business.

Edwin and Patsy’s son Peter has always had a keen interest in following his parents’ footsteps and entered the business in 1980.Edwin sadly passed away in 1992, leaving Peter and his mother Patsy to run the business.

We have maintained provided care and help to people in our community in their time of need, 24 hours a day, 7 days a week, every day of the year since 1950, Our family has always kept involved in the community through many different and varying organizations.

The Thompson family pride themselves as people who offer comfort and care in a time of grief, but who also help to celebrate the life of the loved one lost. It has been a strong belief of our family that at a time of bereavement in a family, families maintain their choice of selecting their own Funeral Director regardless of the circumstances at the time.

Funerals have changed over these many years so there has been many major changes since the Thompson Family first started conducting funerals. Peter encourages an individual celebration of life. A funeral service is the choice of your family to assist in coping with the loss of a loved one.